Why aren’t Christians making a greater impact in the culture? In my opinion it’s our actions (or lack thereof.) People don’t listen to what you say as much as what you do, and in that category Christians are failing miserably. The truth is, to change today’s culture we don’t need more legislation, boycotts, criticism, outrage, or even evangelism campaigns – we just need to change the way we live. To that end, if Christians would start doing these 10 things, I believe there would be no limit to the impact we could have on the world:

1. Reading the Bible – Research from the Center for Bible Engagement reveals that engaging the Bible 4 or more times a week actually causes visible behavioral changes. But today, only 19% of church-going Christians read the Bible daily, and 40% read it “once a month, rarely, or never.”

2. Serving People – Pastor John Piper said, “Christ will be known in the culture when we begin treating people better than they deserve.”

3. Being the Church – Not just “showing up” at church, but being a vital, connected, and supporting member of a local congregation. “And let us not neglect our meeting together, as some people do, but encourage one another, especially now that the day of his return is drawing near.” – Hebrews 10:25

5. Stop Looking at the Culture as the Enemy – Our regular denunciation, boycotts, and criticism of organizations and groups we don’t like have blinded us to the compassion Jesus had even for his harshest critics.

6. Submitting to other Believers – How many Christians today look for a church that meets their needs instead of finding a church where they can serve? Nothing upsets the 21st century mindset more than “submission” and yet that’s exactly what Jesus has called us to do.

7. Be more Mindful of Social Media – Today, Christians can be some of the most critical and judgmental people online. Social media is addictive, and it is incredibly simple to pass on information without checking the facts, which far too often damages other people’s character and undermines the work of the gospel. It’s time for serious believers to take social media seriously.

8. Taking Bold Chances – It’s far too rare to hear of a standout leader in science, politics, business, entertainment, the Internet and other influential areas who is a believer. Part of the reason our influence is disappearing in the culture is because we haven’t raised up many heroes that are remarkable in those fields. What if unashamed Christians were leading major technology, entertainment, educational, business, and other companies? How would their work in those fields change how Christians are perceived by the culture? What are we doing in the Christian community to find, mentor, and raise up these types of leaders?

9. Understand the Impact of Living a Moral life – For the Early Church, personal morality mattered. Rather than criticizing immorality in the outside culture, those leaders started inside by becoming examples themselves of what a moral life could accomplish. But in the last few years, we’ve seen a remarkable number of major pastors and Christian leaders fall from grace, and the damage that does to our witness can’t be estimated. No one is perfect, but when we as a community lose our moral authority, we’ve lost all hope of influencing culture for the better.

10. Invest our Lives in Jesus – not in our Title, Position, Career, or What Others Think – Everyone is invested in something, and I’m not talking about financial investment – I’m talking about investing your status, your credibility, and your career. For instance, if you’re a college professor, you’re invested in your standing among other professors, your academic credentials, and professional associations. If you’re a real estate agent, you’re invested in your local real estate association or your reputation in the community. It’s what gives you perceived credentials. In the same way, religious leaders of Jesus’ day were invested in their authority or office (See Acts 4:19). As a result, even those that believed in Him pulled back fearing the damage it might cause to their reputation, position in the community, or relationship with power.
The question is what are you invested in? If you had to make a stand professionally or creatively, what do you stand to lose? Would you be willing to do it? How far would you go to speak the truth? Know what you’re invested in, because at a key moment of truth in your life, it will determine the amount of courage it may take to do the right thing….

Find out more about these issues and statistics in my book “The Way Back: How Christians Blew Our Credibility And How We Get It Back.” The answer to how we impact culture just may be far simpler than we thought….. 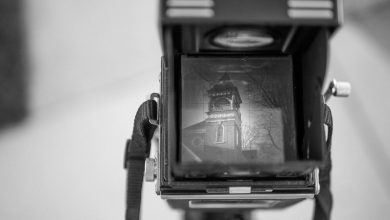 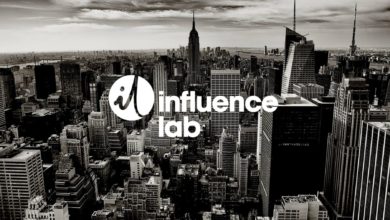