Experts called 2015 “The Year of Online Video” and there’s no sign of it letting up now – even years later. Short videos have become the most popular and effective way to tell the story of products, organizations, and ideas. 2-4 minute videos can be powerfully compelling ways to tell a story, but in many cases, when they involve interviewing people, they fall flat. Interviews with fascinating people can be the key to many successful video presentations, but most video interviews are boring, without emotion, and pointless. Here’s 10 keys to shooting more effective interviews – the kind of interviews that get a response from viewers:

1. Be as lean and mean as possible.  The bigger the set-up, the more nervous an interviewee becomes. Director and DP Brad Knull once shot an interview with a very nervous grandmother. He walked in, realized the light from the window was sufficient, so just sat the camera on his lap and started rolling. She never realized the TV interview was happening, and as a result, she was comfortable, enjoyed it, and was brilliant. Don’t let your great production capability get in the way of a fantastic story.

3. Keep the interviewee out of the room until you’re ready.  The best way to make an interviewee nervous is to let them see the set up ahead of time. Remember they’re not used to production, so this is a big deal to them. I prefer to take them into another room while the crew sets up. Have a coffee. Talk about their kids. Anything to keep them from thinking this is something they should get nervous about.

4. Don’t talk about the subject of the interview until the camera is rolling.  While the crew sets up, I’ve seen producers talk to the interviewee about the segment to the point where the person spills everything before the camera rolls.  So talk to them about the weather, their background, where they grew up – anything but the subject of the interview. Otherwise, when you start rolling, they’ll say, “Well, I’ve already told you everything. I don’t really have anything new to say.”

5. If the person asking the questions isn’t on camera, have them sit as close to the camera lens as possible.  You want to see the interviewee’s face, not their profile. Emotions come from the eyes, so make sure you’re shooting both of them. Sitting the person asking the questions next to the lens ensures your subject is looking more toward the camera.

6. Keep crew members or clients out of the interviewee’s sight line.  Remember that most interviewees are civilians, and not familiar with media production. Any distraction breaks their concentration and makes them more nervous. So make sure clients, crew members, or anyone else isn’t standing in their sight line.

7. Start recording without the interviewee noticing.  Too many producers start interviews by yelling “OK, let’s roll!” Or loudly get confirmations from the camera and audio person that they’re recording. All that does is freak out the interviewee. The bigger deal you make out of starting, the more they’ll clam up. My director of photography simply taps me on the shoulder when he’s rolling. No shouts, no announcements, no freak-out.

8. If there’s a problem, don’t let just any crew member stop the shooting.  Early in my career I was interviewing a woman about her abuse at the hands of her former husband. Right when she was at her most revealing moment, the audio person said, “Wait, I have to move the microphone. We need to stop.” I don’t work with that audio person anymore. If there’s a problem, have the crew signal the camera operator (who’s sitting next to you) and let him give you a silent signal. That way you can decide when and how to stop the interview.

9. If there’s a problem, don’t let them think you’re re-doing anything.  If a problem does happen, don’t let the interviewee know it. You don’t want them to think you’re incompetent and then get frustrated. That doesn’t help the interview. Just continue, and circle around with your questions. Ask what you missed it a different way, and they’ll never notice.

Bonus tip: Be ready for anything. I once interviewed a woman in her 90’s for a TV special. I tracked her down to rural Ohio, brought my crew, and as we were setting up she said, “I think you should read this.” She handed me a letter from her doctor, that essentially said her heart was in such a fragile condition, the slightest upset could kill her. (The newspaper headlines of me killing a sweet old grandmother flashed before my eyes.) I immediately stopped the set up, and had everyone quietly back out of the house – equipment and all. We ended up setting the lights on her front porch and lighting her through the window. We brought in just the camera (very quietly), and pulled it off.

You just never know what you might find shooting video interviews, so the most important lesson of all?  Never let your production get in the way of telling a great story.

Any other great suggestions I left out? 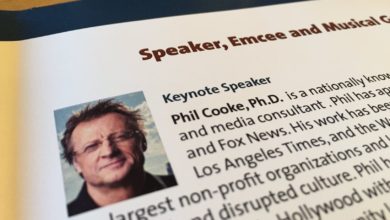 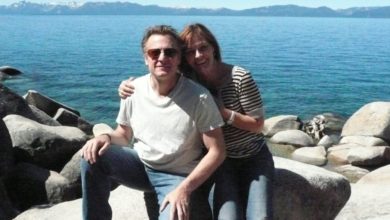 Face the Truth: Fundraising is About Older People